TEHRAN, April 08 - Orban has clashed with EU institutions over his moves to clamp down on civil society and his fiery anti-immigration rhetoric, but he has drawn plaudits from other nationalist politicians and those on the far-right who look to him as an inspiration. 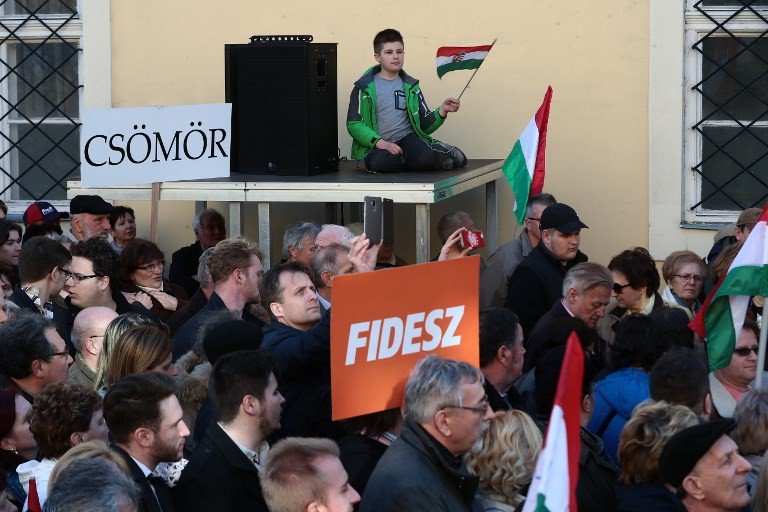 TEHRAN, Young Journalists Club (YJC) - Opinion polls have consistently put Orban and his right-wing Fidesz party 20 or more points clear of their nearest rivals, Jobbik, a far-right party that has been moving towards the centre. Jobbik in turn has been a few points ahead of the centre-left Socialists.

Hungarians head to the polls Sunday in an election that is being keenly observed across Europe, which will determine whether firebrand nationalist Prime Minister Viktor Orban will win an expected third term.

Around 7.9 million Hungarians are eligible to vote and turnout figures will be closely watched for any clues of a possible upset.

A mainly first-past-the-post election system designed by Fidesz gives it an edge over a divided opposition but a high turnout and anti-Fidesz tactical voting could add an element of unpredictability.

Preliminary results are expected to emerge one or two hours after polls close, with broader trends expected to become clear only slowly over the course of the evening.

Even if Fidesz does gain its expected majority in the 199-seat parliament, analysts will be watching to see whether it falls short of the two-thirds "supermajority" that has enabled it to pass some of its most far-reaching and controversial bills.

These include some of the measures that have put Orban on a collision course with Brussels, such as eroding the independence of the media and the judiciary, as well as its crackdown on civil society groups, particularly those funded by Hungarian-born US billionaire George Soros.