TEHRAN, April 10 - RRivaling US and Russia drafted UNSC resolutions aimed at creating a new inquiry into chemical weapons attacks in Syria have both failed to garner votes at the council. 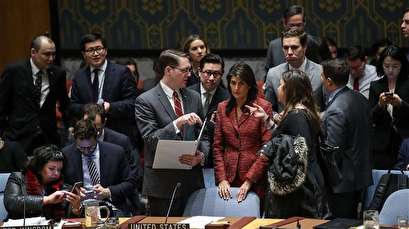