TEHRAN, April 13 - Investors are optimistic that a pickup in corporate acquisitions stands to support the volatile U.S. stock market, and does not represent a worrisome cyclical sign. 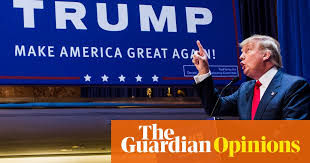 TEHRAN, Young Journalists Club (YJC) - Investors are optimistic that a pickup in corporate acquisitions stands to support the volatile U.S. stock market, and does not represent a worrisome cyclical sign.

Global mergers and acquisitions have had their strongest start to a year ever, according to data from Thomson Reuters Deals Intelligence. The $1.23 trillion in first-quarter global deal-making came in just shy of the $1.31 trillion in the fourth quarter of 2015, which on a quarterly basis marked a multi-year high.

However, heightened deal-making could be an ominous signal, if it suggests companies are desperate to find growth as the economic expansion winds down, or if it indicates a euphoria echoed among stock investors. For example, global M&A on a quarterly basis hit multi-year peaks in 2000 and in 2007, preceding sustained stock market declines.

But market watchers told Reuters they see other reasons for the latest rise in mergers and acquisitions – including incentives from U.S. tax reform and the desire to take advantage of still relatively low interest rates – and instead view the M&A pop as positive for stocks.

“It’s a sign we’re late in the cycle and it eventually gets worrisome,” said Jeffrey Kleintop, chief global investment strategist at Charles Schwab in Boston. “But in the near term it’s probably a plus in that you get deal premiums and more money employed in taking equity out.”

For an interactive graphic on global deal-making, click here

At a time when some on Wall Street worry stocks are trading at expensive valuation levels, investors said the willingness by companies to make purchases is encouraging.

“To the extent you can get cash deals done, it provides a lot of support for the market,” said Rick Meckler, president of investment firm LibertyView Capital Management in Jersey City, New Jersey.

“It takes out equities, where holders are likely to reinvest in other stocks, and helps re-establish that the prices that stocks are trading at are not too high.”

Global quarterly deal-making hit a record $1.42 trillion in the second quarter of 2007. Several months later the S&P 500 began a decline that eventually cut the benchmark index by more than half as the U.S. economy sank into one of the worst recessions in decades.