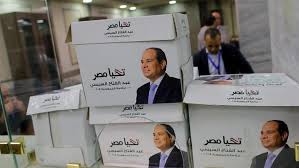 TEHRAN, Young Journalists Club (YJC) - The summons is for the recently-dismissed chief editor of the Al-Masry Al-Youm daily and eight other reporters, according to Hatem Zakaria.

The nine are expected to show up for questioning next Thursday, said Zakaria, the syndicate's secretary-general.

Al-Masry Al-Youm was fined 150,000 Egyptian pounds, or about $8,500, and its chief editor, Mohammed el-Sayyed Saleh, was dismissed after a report saying the state rallied voters to participate in the presidential election by using rewards.

One of the daily's sub-headlines had read: "Officials promising financial bonus, gifts in front of the polls."

Saleh was also referred for questioning.

Pro-government media and the state's regulatory bodies have largely criticized independent and foreign media's coverage of the election.

In the March balloting, President Abdel-Fattah el-Sissi was re-elected for a second term, getting 97 percent of the vote in a virtually one-man race, with only one obscure politician running after all serious challengers were arrested or pressured to withdraw from the race.

About a month before the election, authorities expelled British journalist Bel Trew after arresting her and threatening her with a military trial.

Reporters Without Borders has ranked Egypt as 161 out of 180 countries on their 2017 World Press Freedom Index.