TEHRAN, April 14 - Ecuador on Friday confirmed the deaths of two journalists and their driver who had been kidnapped by renegade Colombian rebels -- and quickly launched a retaliatory military operation in the area where they were snatched. 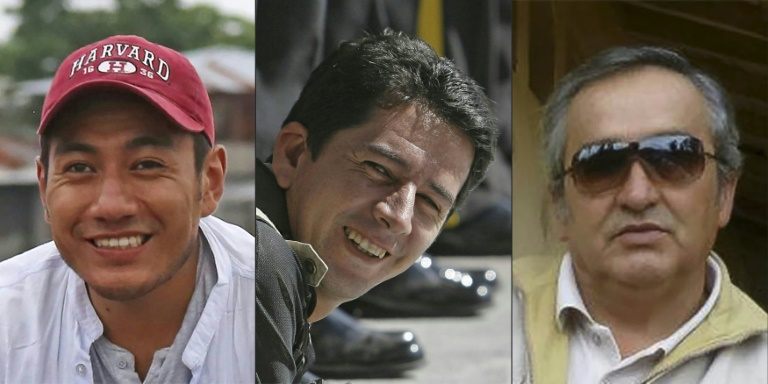 TEHRAN, Young Journalists Club (YJC) - Bogota also sent troops into the dense jungle border zone where the remnants of the  rebel group operate -- a key point on the trade route for drugs destined for Central America or the United States.

The killings -- after what is thought to be the first such abduction of journalists on Ecuadoran soil in three decades -- have shaken a country unaccustomed to the cruel violence linked to trafficking that has ravaged Colombia.

The three men, who worked for the influential El Comercio newspaper -- were kidnapped on March 26 while covering a story on violence along the border, where Ecuadoran forces have been battling Colombian rebels engaged in drug trafficking.

Reporter Javier Ortega, 32, photographer Paul Rivas, 45, and their driver Efrain Segarra, 60, were snatched in the coastal region of Mataje on Ecuador's northern border with Colombia.

Ecuadoran President Lenin Moreno had given the kidnappers a 12-hour window to provide proof of life for the trio, but that expired on Friday and he announced their deaths shortly thereafter.

"Sadly, we have information confirming the murder of our fellow countrymen," Moreno told reporters in Quito, some of whom broke down in tears, while others exchanged embraces.

He then sent troops into the border zone.