TEHRAN, April 14 - The U.S. Department of Justice’s inspector general released a report on Friday concluding that former FBI Deputy Director Andrew McCabe misled investigators about a decision to break with the agency’s standard policy and inform a journalist about a probe into the Clinton Foundation in 2016. 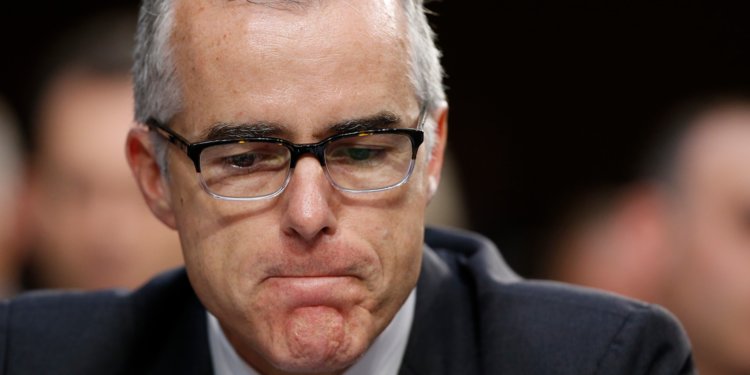 TEHRAN, Young Journalists Club (YJC) - The highly anticipated report detailed an investigation that U.S. Attorney General Jeff Sessions cited when he fired McCabe last month, hours before the 21-year veteran of the Federal Bureau of Investigation was set to retire and receive his full pension.

Responding to the inspector general’s report, McCabe said he believed repeated calls by President Donald Trump to fire him had prompted a rush to judgment and an unfair probe into his conduct. He said he was authorized to share the information with reporters and had not intentionally misled anyone.

“The termination of Mr. McCabe was completely unjustified. And the rush to fire him, at the goading of the president, was unworthy of the great traditions of the Department of Justice,” McCabe’s counsel said in the statement on Friday.

Trump portrayed the report’s findings as vindication of his criticism of McCabe and former FBI Director James Comey as biased for their roles in shepherding along a federal probe into alleged collusion between Russia and his 2016 campaign.

The report was released as advance copies of Comey’s new memoir were obtained by the press. Comey, who was fired by Trump in May, called the president “unethical, and untethered to the truth,” according to excerpts from the book.

The inspector general’s 39-page report found that McCabe should not have authorized FBI officials to speak with the press about the Clinton Foundation probe, as it broke with policy against disclosing an ongoing investigation. The report also concluded that McCabe was not upfront with investigators about the matter, including on three occasions when he was under oath.

“He LIED! LIED! LIED! McCabe was totally controlled by Comey - McCabe is Comey!!,” Trump tweeted on Friday in reference to the report on McCabe. “No collusion, all made up by this den of thieves and lowlifes!”

The report, written by Inspector General Michael Horowitz, said McCabe “lacked candor” in conversations with Comey and other officials about his green-lighting the sharing information with a Wall Street Journal reporter who was working on a story about an FBI investigation into the Clinton Foundation.

According to the report, the reporter told FBI officials he had heard that McCabe had given an order to “stand down” on the investigation ahead of the 2016 presidential election, which was days away.

McCabe then authorized telling the reporter that no such order had been given and to relay the contents of a conversation between McCabe and a Justice Department official in which McCabe pushed back against the official’s suggestion that no overt steps be taken during the campaign.

McCabe said he was authorized, as deputy director, to disclose information about the August 2016 call. The inspector general, in contrast, found that McCabe violated FBI policy by acknowledging the existence of a criminal investigation that was not public at the time.

The inspector general also concluded that McCabe initially had been untruthful about authorizing the FBI officials to engage the reporter. This, according to the report, included not being upfront with Comey in a conversation the day after the article appeared and later misleading FBI inspectors.

In a detailed rebuttal to the report, McCabe said he had made Comey aware of what he was doing, and that the report showed that Comey’s recollection of their conversation was “fragmentary” and his statements about it “equivocal.”

McCabe said he never deliberately misled any investigators and described the allegations against him as the result of misunderstandings and “honest failures of recollection based on the swirl of events around him” at the time.