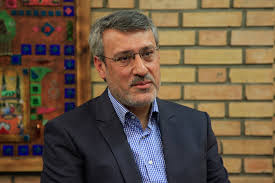 TEHRAN, Young Journalists Club (YJC) - Countries do not have the right to act unilaterally based on their personal evidence, he said, adding they should abide by a global mechanism.

The Iranian diplomat said some players claim chemical weapons have been used in Syria but have failed to provide any evidence which could prove the claim.

A coordinated missile attack came by the US, Britain and France on Syria in the early hours of Saturday over an alleged chemical attack in the Damascus suburb last week.