TEHRAN, April 15 - Iranian Parliament Speaker Ali Larijani started his official tour of Vietnam and Sri Lanka on Sunday in a bid to boost the Islamic Republic’s relations with the Southeast Asian nations. 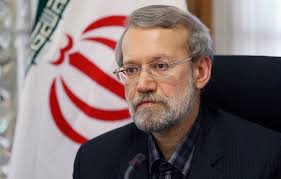 TEHRAN, Young Journalists Club (YJC) - Heading a parliamentary delegation, Larijani left Tehran for Vietnam and Sri Lanka at the invitation of his counterparts in the countries.

The official visit aims to deepen parliamentary cooperation between Tehran and the two Southeast Asian nations.

In a meeting in Russia back in October 2017, the parliament speakers of Iran and Vietnam called for closer economic and industrial cooperation between the two countries, with the Vietnamese side urging efforts to raise the annual bilateral trade to $2 billion.

In March 2016, the then Vietnamese president, Truong Tan Sang, paid an official visit to Iran. Following comprehensive talks with Iranian President Hassan Rouhani, it was decided that the value of bilateral trade be increased to $2 billion in a five-year period.