TEHRAN, April 17 - On Victor Street, Morwell, Victoria, Australia, a former medical Centre has been transformed into a mosque and on Sunday it was opened to the public by the Burmese (Myanmarese) community of the city. 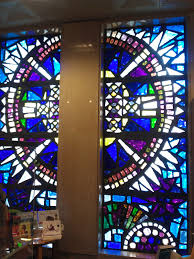 TEHRAN, Young Journalists Club (YJC) - Ms. Ross, who has made Morwell her home for the past three years, was curious to know the people who just moved in to the neighborhood.

"They're very nice, very friendly," she said of the people she met inside the mosque.

Ms Ross received an invite to the newly-built mosque in the mail that was sent to her by the Light of Hidayah leadership, a Burmese group which moved to the Latrobe Valley from the city.

Ms Ross decided to respond to the invite to have an understanding of another culture having previously lived in Dandenong for many years.

"You've done a wonderful job here, this place was looking awful for a while," she told 19-year-old Aina Marzieh, whose family came to Australia as refugees and were behind what she said was the country's first Burmese mosque.

Aina said it meant a lot for the community to have their own place of worship as they normally did their prayers inside their homes or at the Bosnian mosque in Noble Park.

"We're very grateful to achieve something like this because Burmese families have been trying [to have our own mosque] for the last 15 years and my dad came here to buy his own place and he saw [this area]," she told The Express.

The Burmese community transformed the former medical centre into a mosque in just six months without getting a loan as it is not permitted by their religion.

Ayoub Khan, Aina's father and the group's imam or religious leader, said all money that went into building the mosque came from donations from Burmese families.

Those who did not have money offered to work at the site for free.

The property has two separate entrances, wash areas, and prayer rooms for men and women.

It also has new landscaping and a car park surrounded by new fences.

Ayna said the Burmese community came from a "very hard background" as they all lived in refugee camps in Thailand before the United Nations moved them to Australia.

"Because we don't have a foundation in Australia, having a mosque like this is a huge step for us," she said.

Aina said anyone in the community was welcome to visit the mosque for prayers.

She said she was aware some people in the community may have a different perspective of Muslims but she hopes to change this as soon as they get to know "who we are".

A total of 11 Burmese families are currently residing in the Latrobe Valley.

Aina said their community was expected to increase in numbers as other Burmese move into the area.