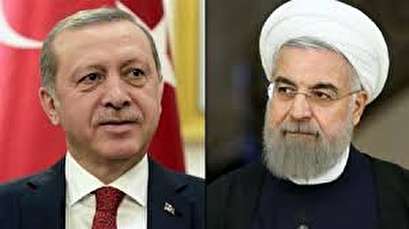 Iran and Turkey should boost mutual cooperation and not to allow escalation of tensions in Syria, he said.

Erdogan, for his part, said his country welcomes boosting Tehran-Ankara ties in all fields.

He said protecting Syrian territorial integrity and finding political solution to end the current situation in Syria is possible by joint efforts.

Erdogan slammed any use of chemical weapons, saying inspectors of OPCW to start working soon and all sides need to help them find the truth.