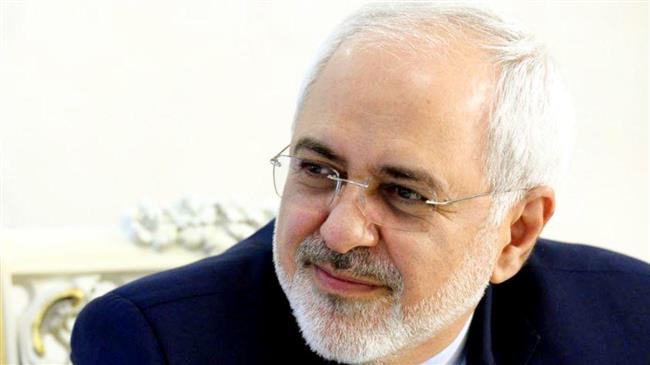 TEHRAN, Young Journalists Club (YJC) - "Iran has a wide range of options both inside and outside of the JCPOA and surely, the reaction from Iran and the international community will be unpleasant for the Americans," Zarif told reporters upon arrival in New York City to attend a United Nations General Assembly meeting over sustaining peace.

Under the deal, which entered into force in January 2016 when former US President Barack Obama was still in office, Iran agreed to limit parts of its peaceful nuclear program in exchange for removal of all nuclear-related sanctions.

The Iranian FM said the US government, specially the administration of President Donald Trump, has failed to stay true to its commitments and said it was up to the European signatories of the deal to preserve it and force Washington into keeping up its obligations.

Trump has been a vocal critic of the Iran nuclear deal which was signed between Tehran and six world powers -- the US, France, Britain, Russia, China and Germany.

"If the European countries want to preserve the deal they have to make it sustainable for Iran;... they need to impose pressure on the United States in order to compel the US, encourage the US to implement what it undertook under the deal," Zarif said. "Unfortunately, it hasn't been doing that."

Having called the JCPOA “the worst deal ever,” Trump insists that it favors Tehran. That is why he has urged Congress and the Europeans to "fix" the agreement or he will kill it by May 12, when he has to re-certify Iran's compliance.

Zarif made it clear that although Europeans had yet to suggest any plan that would include renegotiating the deal, such offers "will not get a positive answer" from the Islamic Republic and Tehran would make no "concessions" whatsoever.

Slated to attend the High-Level Meeting on Peacebuilding and Sustaining Peace on 24 and 25 April, Zarif said he was going to offer Iran's solutions for sustaining peace in the Middle East region.

"We have a number of ideas, particularly about how to achieve dialogue and understanding in our own neighborhood and it is an opportunity for us to share those views," he said.

The senior Iranian diplomat said he will also bring attention to President Hassan Rouhani's idea of establishing a "strong region" based on durable security and stability.

During his six-day trip, Zarif will also meet UN Secretary General António Guterres and his counterparts from other nations. He will also give a speech at the US Council on Foreign Relations.