TEHRAN, April 22 - Iran’s defense minister says the country’s relations with Iraq are so deep and strong that they will not be affected by “mischievous interventions” of other parties. 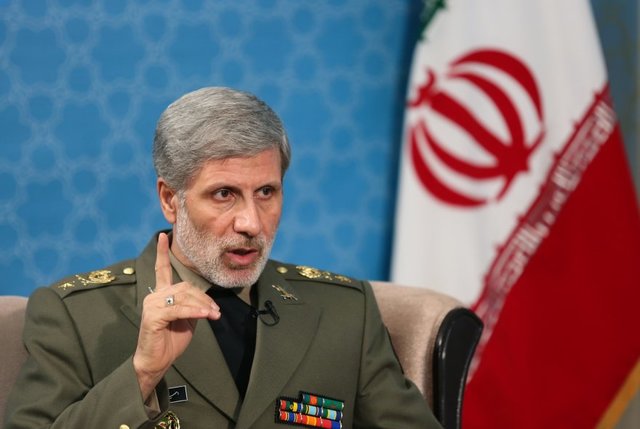 TEHRAN, Young Journalists Club (YJC) - Brigadier General Amir Hatami made the remarks at the end of a two-day visit to the Arab country Saturday, which took place at Baghdad’s invitation. He said the bilateral ties enjoyed a certain and especial degree of strength.

The United States is unhappy with the two neighbors' close relations which have grown exponentially since the fall of former dictator Saddam Hussein.

Lately, Saudi Arabia has gone on a charm offensive to woo Iraq away from the Islamic Republic by inviting Iraqi leaders to Riyadh and pledging to invest in the country.

Hatami said his visit featured emphasis on the expansion of mutual interaction and the enhancement of military, defensive and security relations.

Hatami hailed the first meeting of the Joint Supreme Commission for Defensive Cooperation.

“We achieved the desired goals during the meeting, and are eager to upgrade bilateral defensive and military relations to their highest level,” he noted.

The Iranian defense chief said bilateral relations could grow much deeper than they currently were.

“The Islamic Republic considers it as its responsibility to join in Iraq’s reconstruction,” he said, noting, “It is the Islamic Republic’s policy to assist the Iraqi people and government under all circumstances.”

At Baghdad’s request, Tehran has been lending crucial military advisory support to the Iraqi military in its ongoing battle against terrorism and militancy.

Iraqi officials have asserted on several occasions that Iran was the first country to leap to Baghdad’s assistance after it was subjected to the campaign of brutality unleashed by Daesh terrorists in 2014.