TEHRAN, April 23 - Airlines should offer mandatory training to prevent human trafficking, the United Nations' aviation agency said in a new document that could further empower cabin crew on the front lines of global efforts to combat such trafficking. 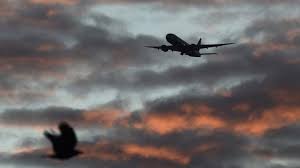 Montreal-based ICAO cannot impose rules on governments, but wields clout in civil aviation through standards that are followed by its 192-member countries.

While the United States already requires mandatory training for flight attendants, it was not known whether other countries that don’t have similar rules would follow suit.

Combating human trafficking, estimated as the world's second most profitable trans-national crime according to the document, has emerged as a growing concern for global aviation. Airline trade group International Air Transport Association is eying ways to strengthen the training efforts its members are already doing “which should be announced later this year,” an IATA spokeswoman said.

Canada's Sky Regional is the first airline globally to train its pilots and flight attendants using the new UN guidelines on the identification and response to trafficking, Maurino and the carrier's in-flight director, Mikaela Dontu, said.

Training advocates argue that countries should make such programs mandatory for airline flight attendants, pilots and ticket agents. "It's excellent if they can do it voluntarily but the airlines weren't doing that," said Nancy Rivard, a former flight attendant and president of the non-profit Airline Ambassadors International. Flight attendants, who can spend hours with suspected traffickers and their victims in the air, have been credited with multiple rescues. While the guidelines apply to cabin crew, ICAO also recommends training pilots and ticket agents. "The issue of trafficking and combating this issue involves several stakeholders," the guidelines say.

The UN guidelines advise flight attendants not to confront traffickers or try to rescue the victim themselves. More than 70,000 U.S. airline staff have been trained to spot smugglers and their victims under the Blue Lightning initiative, launched in 2013 with the support of JetBlue, Delta Air Lines and others.