TEHRAN, April 23 - Greek Prime Minister Alexis Tsipras on Monday ruled out any trade-off with Turkey in efforts to secure the release of two detained Greek soldiers and said Ankara appeared to be moving further away from Europe. 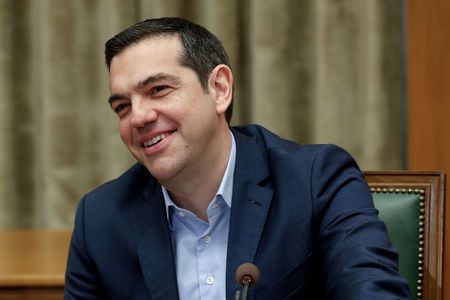 TEHRAN, Young Journalists Club (YJC) - The soldiers were arrested in March after crossing a densely forested part of the border in bad weather and face charges of illegal entry in Turkey. Ankara has also been angered by Athens' refusal to extradite eight Turkish commandos seeking asylum in Greece.

The disputes over the soldiers have further sharpened friction between the two NATO allies, which have long been at odds over issues ranging from airspace over the Aegean Sea to the ethnically split island of Cyprus.

"Turkey looks like a country ... at risk of losing its orientation and moving away from its European targets," Tsipras told lawmakers of his ruling Syriza party.

Turkey is a candidate to join the European Union, though accession talks have effectively stalled due to a range of issues including the country's human rights record.

Tsipras said there could be no quid pro quo in the efforts to secure the release of the Greek soldiers.

"We reject, in the most categorical manner, unacceptable preconditions," he said.

In an interview with private Turkish broadcaster NTV on April 21 Turkish President Tayyip Erdogan appeared to float the possibility of handing over the two Greek soldiers if Athens returned the eight Turkish commandos.

Greek courts have repeatedly rejected Turkish requests to extradite the group, who commandeered a helicopter to flee Turkey as a coup against Erdogan crumbled in July 2016. Ankara says they were involved in the putsch and demands they be returned to face trial.

Turkey has accused Greece of harboring its enemies, a claim rejected by Athens.

But Tsipras also said on Monday he welcomed recent comments by Erdogan on the "need and value" of peaceful relations with Greece.