TEHRAN, April 24 - The United Nations called Tuesday on Nicaragua to investigate a crackdown on protests that have left at least 27 dead, saying that a number of the killings may have been "unlawful." 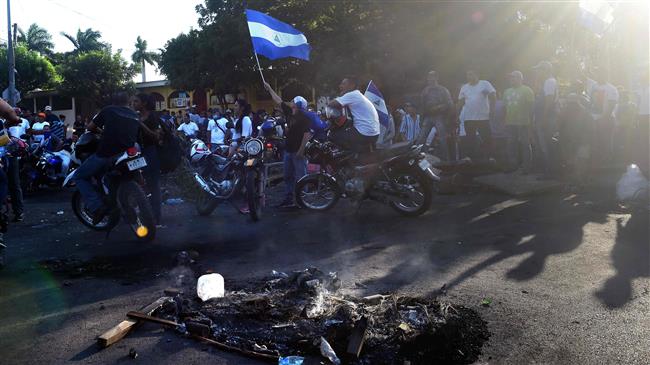 "We are particularly concerned that a number of these deaths may amount to unlawful killings," Liz Throssel of the Geneva-based UN rights office told reporters.

"We call on the Nicaraguan authorities to ensure that there are prompt, thorough, independent and transparent investigations into these deaths," the spokeswoman added.

The UN said at least 25 people, including a police officer, had been killed in the unrest as of Sunday.

But the Nicaraguan Center for Human Rights has given a death toll of 26 since last Wednesday when the pension reforms were unveiled, including a Nicaraguan journalist shot in the head while covering the chaos in a city on the country's Caribbean coast.

Murillo added another death to the count on Monday, saying a police officer succumbed to fatal injuries sustained in Sunday's protests.

"It is essential that all allegations of excessive use of force by police and other security forces are effectively investigated to ensure those responsible are held to account," Throssel said.

"We are also concerned at reports that dozens of people have been injured or detained over the past few days," she said, adding that "there should also be investigations into acts of violence, including looting, allegedly committed during the protests."

The protests have taken root across the country, airing long-simmering grievances over political stagnation, economic issues and the authoritarian style of Ortega, a former Marxist rebel who has ruled Nicaragua for 22 of the past 39 years.

Students have led the street protests that have degenerated into stone-throwing clashes with police firing weapons, while other groups, including workers, pensioners and ordinary residents, have also made their voices heard.