Pay for US military presence in Syria or lose Washington support: Saudi to Qatar

TEHRAN, April 25 - Saudi Arabian Foreign Minister Adel al-Jubeir says Qatar must pay for the US military presence in Syria if it wants to sustain Washington’s support. 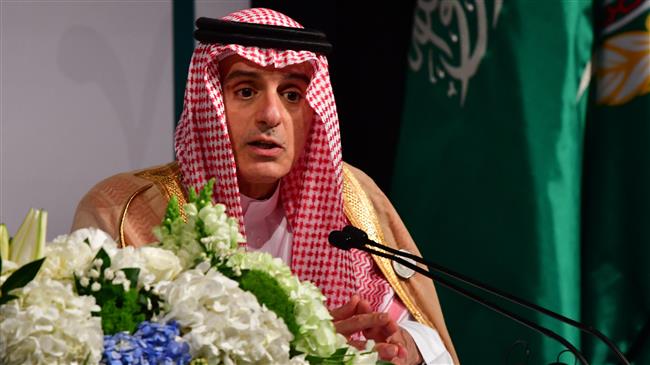 TEHRAN, Young Journalists Club (YJC) – “Qatar has to pay for US military presence in Syria and send its military forces there, before the US president cancels US protection of Qatar," Jubeir said in a statement carried by the Saudi Press Agency (SPA) on Tuesday.

He made the remarks hours after US President Donald Trump urged wealthy Middle Eastern countries to increase their spending in Syria in a bid to contain Iran after the collapse of the Daesh terrorist group in the Arab country.

“Very rich countries are in the Middle East. They have to make major contributions. They have not been doing it as they should. A major topic that we discussed a little while ago: They have to step up tremendously — not a little bit, but tremendously — their financial effort,” Trump said in a press conference with French President Emmanuel Macron.

Jubeir further claimed if the US withdraws its 11,000 military personnel from al-Udeid Air Base southwest of Doha, Qatar “would fall there in less than a week.”

Last week, the top Saudi diplomat expressed Riyadh’s readiness to send troops to Syria as part of a potential wider deployment led by the US.

The comments came in response to Trump’s call on Washington’s allies, “including Saudi Arabia, the United Arab Emirates, Qatar, Egypt, and others” to form an Arab force to replace the US military in Syria.

“We have asked our partners to take greater responsibility for securing their home region, including contributing larger amounts of money,” he said.

Last December, the US president lamented Washington’s waste of $7 trillion in the Middle East wars.

“After having foolishly spent $7 trillion in the Middle East, it is time to start rebuilding our country!” he tweeted.

The Riyadh regime, a staunch supporter of anti-Damascus militants, fears a US pullout may help Syria win the fight against extremist groups that are inspired by Wahhabism, a Takfiri ideology dominating the Saudi kingdom.