TEHRAN, April 27 - Lebanese will have a first opportunity in nine years to vote in a general election on May 6 under new rules, expected to bring some changes to parliament but preserve a unity government combining its main political blocs. 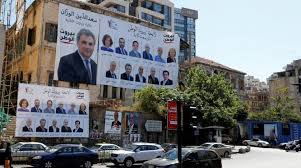 TEHRAN, Young Journalists Club (YJC) – A smooth election and the swift formation of a new government are not only important for Lebanon’s political stability but also to bolster a weak economy that is in dire need of reforms and investment, Reuters reported.

The new voting system has generated uncertainty in some districts.

Prime Minister Saad al-Hariri has called for a new government to be formed swiftly to press ahead with reforms to put public finances on a sustainable path.

Otherwise donors may withhold $11 billion in soft loans pledged in April to help revive the economy.

Most parties in Hariri’s coalition government are likely to rejoin, but those which win more seats may demand more posts in cabinet or more important portfolios like the finance ministry.