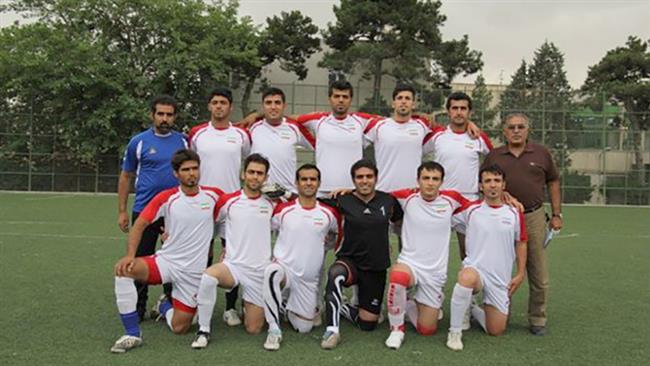 TEHRAN, Young Journalists Club (YJC) – The Iranian sportsmen exhibited acceptable skills throughout the game, which was played at the Changwon Center Stadium in South Korea’s southeastern city of Changwon, on Sunday and snatched a 1-0 win.

Iman Mohebbi netted Iran’s sole goal of the match in the 61st minute.

Earlier in the tournament, the hearing-impaired Iranian soccer players had defeated Thailand 2-0 in their opening match.

The Iran men's national deaf soccer team is scheduled to play against Kuwait on Tuesday.

The fourth edition of Asia Pacific Deaf Football Championships kicked off on April 23, and will wrap up on May 7, 2018.

Iran is pitted against Kuwait, Oman, Saudi Arabia and Thailand in Group B.

Japan, Malaysia, South Korea and Uzbekistan are drawn in Group A of the event.