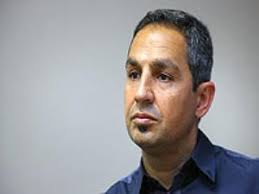 TEHRAN, Young Journalists Club (YJC) - The 52-year-old coach has signed a one-year contract with the Iranian team for an undisclosed fee.

Namazi will start the training on June 16.

He replaced Amir Ghalenoei who left Zob Ahan for Sepahan.

Under Ghalenoei’s guidance, Zob Ahan finished runner-up in the Iran Professional League and advanced to the 2018 AFC Champions League Round of 16.