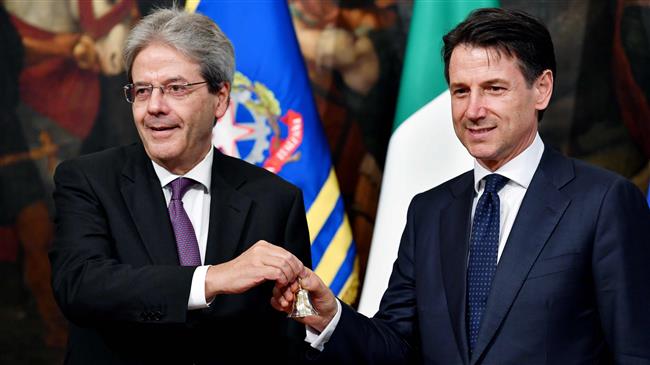 The anti-establishment government took the reins in Italy after the populist parties reached a coalition deal to end months of political turmoil.

Italy’s new snap elections were looming but on Thursday, Mattarella named political novice Conte as premier for the second time in less than two weeks and approved his revised cabinet forged by the nationalist League and anti-establishment Five Star Movement.

Germany, the economic powerhouse of the Eurozone, vowed an "open" stance towards the new government, but European Commission chief Jean-Claude Juncker said Italians needed to "do more work, less corruption" and stop blaming the EU for their woes.

The anti-austerity coalition plans to increase spending and intends to renegotiate EU treaties and review the bloc's economic governance.

The coalition deal turns the page on months of political turmoil that gripped Italy since the March 4 elections, in which no single party secured a majority. The 5-Star emerged as the single largest group while an alliance of rightist parties, including the anti-immigrant League, took the most seats.