TEHRAN, June 02 - Google will reportedly not extend its controversial contract with the Pentagon for artificial intelligence (AI) work, after it prompted strong opposition in the technology giant’s workforce, who feared the program could be used for lethal purposes. 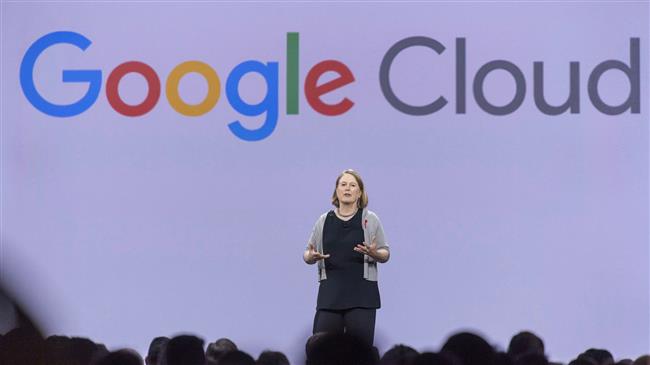 TEHRAN, Young Journalists Club (YJC) -During a weekly meeting with employees on Friday, the chief executive of Google’s cloud-computing business Diane Greene said there would be no follow-up for the Pentagon contract when it expires in March 2018, The Washington Post cited company sources as saying.

Google, however, has not commented on the report and will not say whether it plans to stop working with the Pentagon altogether next year.

The 18-month project known as Project Maven, was launched in April 2017 to find ways the US military could use AI to update its national security and defense capabilities “over increasingly capable adversaries and competitors,” according to a defense department memo.

The AI project, however, prompted dozens of employees, including AI researchers, to resign. Up to 4,000 Google employees also signed a petition in April, calling for the firm to stop the program, which they called the “business of war.”

They argued that by the project, Google was putting users' trust at risk, as well as ignoring its "moral and ethical responsibility.” They also fear that the project could be the first step towards using artificial intelligence for lethal purposes.

Share to
Related News
Spain: Mariano Rajoy resigns Popular Party leadership
16 injured in protest march ahead of election in Mali
Cuba’s storm Alberto death toll rises to 7, 2 missing
US in talks for summit between Trump and Putin
Tags
google ، us ، people
Your Comment