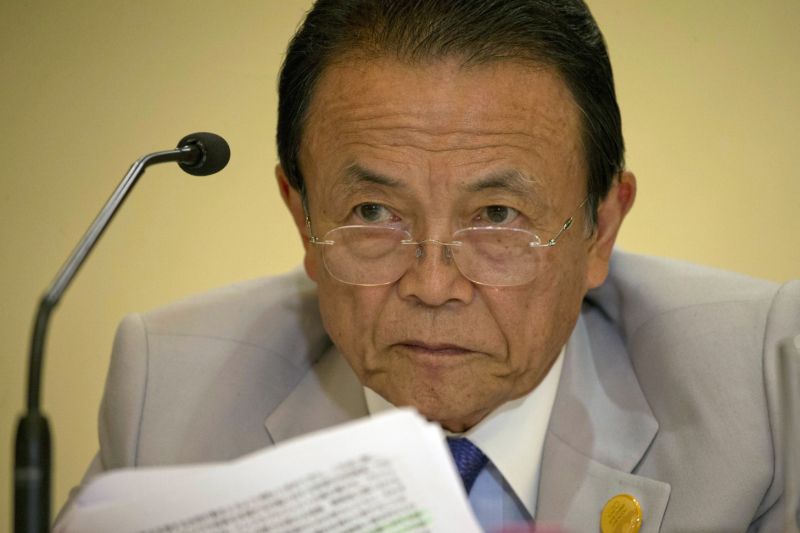 TEHRAN, Young Journalists Club (YJC) - The Finance Ministry has acknowledged tampering with hundreds of pages of documents related to the 2016 land sale to a school where Akie Abe once held an honorary position.

Aso apologized Monday over the tampering by lower level officials and resulting damage to public trust, but said Akie Abe was not directly involved.

"I would like to do my best to fulfill my duty as the finance minister," Aso said. "I am not thinking about resigning."

Aso is reportedly returning only 1.7 million yen ($15,600) of his annual salary as Cabinet minister, but not giving up his income as lawmaker.

The scandal relates to the sale of government land to a right-wing school operator, Moritomo Gakuen group in Osaka, at one-seventh of its appraised price. There are allegations Akie Abe's influence might have enabled Moritomo to get favorable treatment for a planned new private elementary school, which in the end failed.

Abe has denied any wrongdoing by him or his wife. The tampering with the documents, including removing references to his wife, took place in February-April 2017. The fiddling was done to ensure the documents matched explanations by top finance officials to parliament during questioning about the scandal, Aso said.

The case was also investigated by Osaka prosecutors, though they recently dropped the case, citing lack of evidence to prove criminal acts in the tampering.

Scandals have caused Abe's support ratings to fall as low as the mid-30 percent range. But so far there is no indication they might force him from office.

Opposition lawmakers criticized the ministry probe for failing to clear doubts over a systematic ministry cover-up of Akie's alleged involvement in the land deal and demanded Aso's resignation.

Nobuhisa Sagawa, who headed a Finance Ministry department in charge of state property deals at the time, stepped down in March over the document tampering.