TEHRAN, June 05 - China rebuked Taiwan's president on Tuesday for "irresponsible remarks" about the 1989 Tiananmen protests, saying Taiwan should stop harping on about the same old thing, after she called on the island's giant neighbor to embrace democracy. 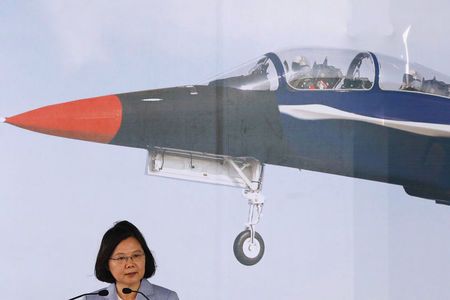 TEHRAN, Young Journalists Club (YJC) - The Chinese government sent tanks to quell the June 4, 1989 protests in and around Beijing's Tiananmen Square, and has never released a death toll. Estimates from human rights groups and witnesses range from several hundred to several thousand.

The Tiananmen crackdown is a taboo subject in China and 29 years later it remains a point of contention between China and many Western countries, as well as between China and democratic and self-ruled Taiwan, which China claims as its own.

Taiwan's President Tsai Ing-wen said on Monday that if China could face up to what had happened it could become the bedrock for China's own democratic transformation, and that she hoped one day Chinese people would be free to read for themselves her message, written on Facebook which is blocked in China.

In a lengthy statement sent to Reuters, China's policy-making Taiwan Affairs Office said that when it came to speaking about China's social and economic development "the people of the mainland have the most right to speak".

China's success through hardship has been because of the Communist Party's leadership, and the country's achievements have caused great pride for Chinese people around the world, including those in Taiwan, it added.

Taiwan, by contrast, has stagnated since Tsai came to power and pushed a separatist agenda and confrontation with China, with companies and young people leaving for China to seek opportunities denied them at home, the office said.

"One party has run amok," it added.

The DPP "harps on about the same old thing year in year out", the office said. "They're out of tricks."

China's hostility to Tsai has risen since she won an election in 2016, as China fears she wishes to push the island's formal independence, a red line for Beijing.

Tsai says she wants to maintain the status quo, but will defend Taiwan's security and its hard-won democracy.

In her Monday message, Tsai took aim at China's autocracy, in contrast with Taiwan's freewheeling ways.

"In Taiwan, we have no sensitive words, nor censor the internet," she wrote. "This is our way of living."