TEHRAN, June 05 - South Africa's national prosecutor has turned down a request by former president Jacob Zuma to delay a hearing over a $2.5 billion arms deal, and the case will resume on Friday, a spokesman for the prosecutor said. 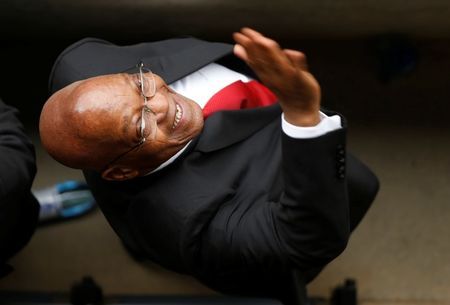 Zuma's supporters say the former president, whose nine years in power were marked by economic stagnation and credit rating downgrades, is the victim of a politically-motivated witchhunt.

Ramaphosa has said fighting corruption must be a priority, as he seeks to revamp the economy and woo foreign investment.

The speed with which prosecutors have moved against Zuma is a sign of his waning influence since he was replaced as head of state by Cyril Ramaphosa, his former deputy, in February.

Zuma has denied wrongdoing and was in court in April in a procedural appearance over the arms deal case. His lawyers later wrote to the country's chief prosecutor, Shaun Abrahams, asking for the case to be postponed.

"The director of prosecutions turned down the request to stay the proceedings," National Prosecuting Authority spokesman Luvuyo Mfaku said.

On Friday, state prosecutors and Zuma's lawyers are expected to make submissions to the Durban High Court about when a trial could start.

Prosecutors have said they could be ready for a trial to start in November, but Zuma is challenging the decision to prosecute the case.