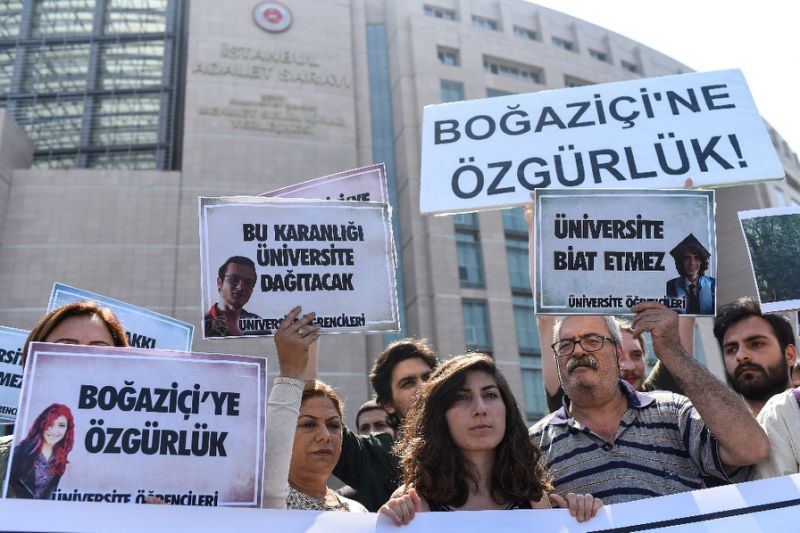 TEHRAN, Young Journalists Club (YJC) - Fourteen of the students have been held in jail since their initial detention in March when police stormed students' dormitories at Bogazici University, in a case that has outraged activists.

Dozens gathered outside the main Istanbul courthouse as the trial got underway, unfurling banners such as "freedom for Bogazici" and "a right to education cannot be blocked".

The accused face jail terms of up to five years if convicted on charges of propaganda for the outlawed Kurdistan Workers Party (PKK), Doguscan Aydin Aygun, lawyer for the students, told AFP.

Turkey earlier this year successfully carried out a major incursion into the Afrin region of northern Syria with allied Syrian rebels, ousting the Kurdish People's Protection Units (YPG) militia which Turkey brands a terror group and branch of the PKK.

A day after Afrin was taken, a group of students opened a stand on the campus handing out sweets they dubbed "Afrin delight" in memory of the Turkish soldiers killed in the operation.

But another group however unfurled a banner reading "there's nothing sweet about occupation and massacre," in a show of protest.

Turkish prosecutors accuse the students of seeking to discredit the army and the state by portraying them as an "occupier" and as an "illegitimate force that uses violence."

Giving testimony in court, the students rejected the charges and denied shouting slogans in favor of the PKK.

"I shouted slogans like 'shoulder to shoulder against fascism' and 'no war, peace now'. They are universal slogans and chanted in every demo."

Authorities detained hundreds of people during the Afrin operation on terror propaganda charges for criticizing the operation, raising new concerns about freedom of speech in Turkey.

Founded in the 19th century as Robert College, Bogazici University is considered a bastion of secular and Western-orientated education in Turkey.