Fed clambers back to positive real rates, now debate is when to stop

TEHRAN, June 07 -The Federal Reserve will likely raise its target interest rate to above the rate of inflation for the first time in a decade next week, igniting a new debate: when to stop. 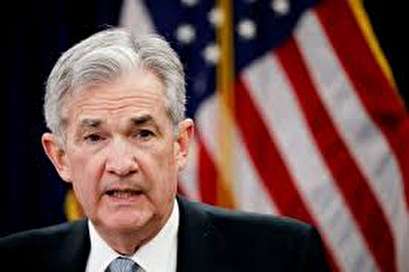 TEHRAN, Young Journalists Club (YJC) -The Federal Reserve will likely raise its target interest rate to above the rate of inflation for the first time in a decade next week, igniting a new debate: when to stop.

The Fed has been gradually hiking rates since late 2015 with little sign of tighter conditions hampering economic recovery. The expected June increase will raise the stakes as the Fed seeks to sustain the second-longest U.S. expansion on record while continuing to edge rates higher.

With inflation still tame, policymakers are aiming for a “neutral” rate that neither slows nor speeds economic growth. But estimates of neutral are imprecise, and as interest rates top inflation and enter positive “real” territory, analysts feel the Fed is at higher risk of going too far and actually crimping the recovery.

The Fed is “gradually entering a new world when rates are at 2 percent,” nearing zero on a real basis and approaching where they are no longer felt to be stimulating economic activity, said Thomas Costerg, senior U.S. economist at Pictet Wealth Management.

The last time rates moved into positive real territory on a sustained basis was the spring of 2005 when the Fed began tightening rapidly after a period of arguably too-lax monetary policy, ending just months before the start of the 2007-2009 financial crisis.

The debate over the current cycle’s end point “came earlier than I expected,” Costerg said, with the Fed facing imminent calls on where the neutral rate of interest lies.

After the expected June increase the Fed’s target interest rate will be set at a range of between 1.75 percent and 2 percent, matching the Fed’s inflation target and roughly in-line with the latest inflation data. That translates to a real rate of roughly zero and is already at neutral, according to some policymakers who feel the Fed should stop hiking now.

To view a graphic on U.S. interest rates and inflation, click tmsnrt.rs/2Jd4G4U

Along with a policy statement the June 12-13 Federal Open Market Committee meeting is due to be followed by a news conference by Fed Chair Jerome Powell.

Updated economic projections will show whether policymakers still anticipate one additional rate hike in 2018, following June’s, or if they now envision two increases.

Longer-run forecasts and possible changes to the language of the FOMC statement will shed light on the Fed’s new phase.

For much of the recovery from the financial crisis and recession, the statement has been used to reassure the public and investors that rates would remain “accommodative” and bolster chances of encouraging above-trend growth.

With rates closer to a neutral, non-accommodative level, the communication challenge for the Fed is to flag the approach of a neutral rate of interest without signaling plans to make policy restrictive.

“This part of an evolution, of both our policy, given how well the economy is doing ... but also just an evolution of communicating as our economy progresses ... How we talk about it will naturally just evolve,” San Francisco Federal Reserve bank president John Williams said in an interview with Reuters on Friday.

Williams will take over soon as head of the Federal Reserve Bank of New York, effectively the Fed’s second-most powerful post and key to communicating monetary policy to Wall Street.

Policymakers’ long-run estimates of the real neutral rate of interest vary from 0 percent to 1.5 percent.

Though a core of Fed officials feel rates on a shorter-term basis may have to move slightly higher than that sometime in 2020 to keep inflation in check, only two see real rates above 2 percent in the foreseeable future.

Some analysts argue the Fed need not worry about rates nearing neutral as long as jobs numbers stay strong and inflation remains near target.

While Fed econometric models may point to a low neutral rate of interest, “in the world of actual rate decisions, the key issue is the observable behavior of the economy and financial conditions,” Goldman Sachs economist Jan Hatzius wrote recently.

“We expect that behavior to support rate hikes for longer than many FOMC participants now believe.”