About half of Americans say US moral values are 'poor': Poll

TEHRAN, June 07 - About half of Americans are pessimistic about the state of moral values in the country and the vast majority continue to believe those values are worsening, according to a new poll. 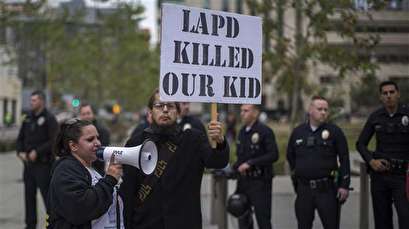 TEHRAN, Young Journalists Club (YJC) - Some 49 percent say the state of moral values in the US is "poor" -- the highest percentage in Gallup's trend on this measure since its inception in 2002.

Meanwhile, 37 percent of American adults say moral values are "only fair," and 14 percent say they are "excellent" or "good."

“Americans have always viewed the state of US morals more negatively than positively. But the latest figures are the worst to date, with a record-high 49 percent rating values as poor and a record-tying-low 14 percent rating them as excellent or good,” Gallup said.

“In 10 of the past 12 annual polls since 2007, Americans have been decidedly more likely to rate it as poor,” it added.

The declining state of moral values largely reflects a belief that there is a deteriorating collective moral character, including a decline in basic civility and respect for each other.

A significant number of Americans believe the decline in moral values, as well as religious and family ethics, is among the major problems currently facing the US.

Share to
Related News
Vast majority of Turks see US, EU as enemies - poll
Netanyahu says Syria ‘no longer immune’ from Israel’s attacks
Don’t utilize S-400s even if you buy them from Russia, US tells Turkey
Vladimir Putin: West wrongly sees Russia as a threat
Tags
us ، people ، value
Your Comment