TEHRAN, June 08 - Australian soldiers had a “disregard for human life” and used “illegal” violence on missions in Afghanistan, a confidential defense department inquiry heard from special forces insiders, according to an Australian newspaper report on Friday. 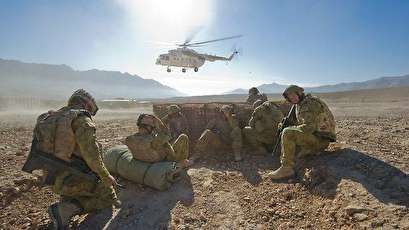 TEHRAN, Young Journalists Club (YJC) - Australian soldiers had a “disregard for human life” and used “illegal” violence on missions in Afghanistan, a confidential defense department inquiry heard from special forces insiders, according to an Australian newspaper report on Friday.

Thousands of people have been killed in that period and there is a “reasonable basis to believe” that war crimes and crimes against humanity were committed by all sides in the conflict, according to the prosecutor of the International Criminal Court.

The Sydney Morning Herald newspaper said unidentified Australian “special operations forces insiders” described the illegal use of force to a secret inquiry before an official investigation began in 2016.

The inquiry reported “problems deeply embedded in the culture” of the special forces and conduct that goes “well beyond blowing off steam”, according to the newspaper.

The Herald made no mention of specific instances of war crimes or unlawful killings but the insiders it quoted from the inquiry report referred to “unsanctioned and illegal application of violence on operations” and a “disregard for human life and dignity” in the special forces.

“I know there were over the last 15 years some horrendous things. Some just disgraceful things happened in Kabul,” one insider was quoted as saying.

Australia’s defense minister and her department did not respond immediately to requests for comment.

The defense department said in a statement sent to the Herald it took “all allegations about Australian forces seriously” and that it was “aware of allegations of significant issues involving the Special Operations Task Group in Afghanistan”.

It began its inquiry in 2016 “into rumors of possible breaches of the laws of armed conflict” by Australian troops in Afghanistan between 2005 and 2016.

The Australian Broadcasting Corporation has previously reported on an alleged cover-up of the killing of an Afghan boy by Australian special forces.