Turkey will purchase S-400s from Russia to safeguard own security: Interior Min.

TEHRAN, June 08 - Turkish Interior Minister Suleyman Soylu says his country has an unalienable right to protect its own security and will spare no efforts to procure sophisticated Russian-made S-400 anti-aircraft missile systems to achieve such a goal. 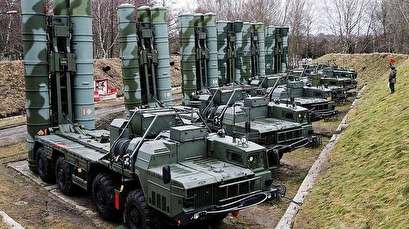 He added, “The purchase of S-400 anti-missile systems is in Turkey's national interests, and does not have anything to do with the politics…  The operation of the Russian air defense systems will strengthen the position of Turkey.”

Turkey’s English-language Hurriyet Daily News newspaper, citing anonymous diplomatic sources, reported on Thursday that American officials had asked their Turkish counterparts not to make use of S-400 missile systems even if Ankara acquires them under a deal finalized late last year.

On April 3, Turkey’s President Recep Tayyip Erdogan and his Russian counterpart Vladimir Putin said in the Turkish capital Ankara that they had agreed to expedite the delivery of S-400 missile systems. The delivery is expected to start between late 2019 and early 2020.

The developments came only two days after Sergey Viktorovich Chemezov, the Chief Executive Officer of Russian state corporation Rostec, told the Kommersant daily newspaper that Russia would supply Turkey with four batteries of S-400, worth $2.5 billion each, and Moscow was expected to begin the first deliveries in March 2020.