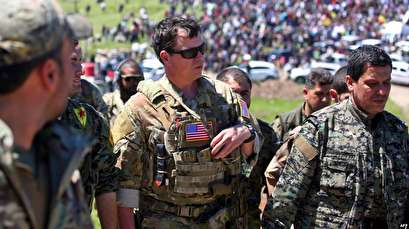 TEHRAN, Young Journalists Club (YJC) - The Washington-backed SDF has started using children from 7 to 14 years of age for stealing assets of civilians from houses in Raqqa.

A local source said that a number of children that had been arrested while stealing peoples' properties and possessions have disclosed that the SDF militias forced them to join the US-backed group at a base near Bimo Bank and forced them to participate in looting people's houses in Raqqa.

Damascus government said on Wednesday that the illegitimate US-led International Coalition was targeting civilians in the villages of Hasaka, Raqqa and Deir Ezzur as a retribution for their refusal to join US-allied separatist militias.

In a letter addressed to the UN Secretary-General and President of the United Nations Security Council, Damascus lambasted the Coalition’s incessant aggressions targeting innocent Syrian civilians and Syria’s sovereignty, safety and territorial integrity.