TEHRAN, June 12 -Democrats hoping to make health care a centerpiece of midterm election campaigns just got a gift from the Trump administration. 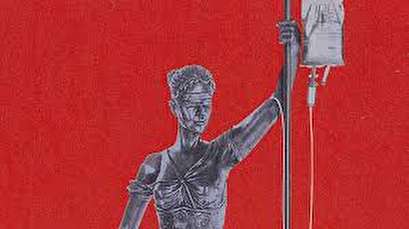 Not only has the Justice Department declined to defend the Affordable Care Act against a lawsuit filed by 20 Republican-led states, but it’s also arguing for the repeal of enormously popular consumer protections, including coverage of pre-existing conditions.

These benighted moves come at a time when voters everywhere rank health care as their chief concern, and a majority say they favor fixing the current law over repealing it, after years of futile Republican efforts to do the latter.

The lawsuit, filed in February, hinges on the statute’s “individual mandate,” which requires everyone — the healthy and the less so — to buy insurance as a way to help keep prices down. In 2012 the Supreme Court ruled that Congress couldn’t order people to buy coverage but could impose a tax penalty on those who didn’t. Then, in last year’s tax bill, Congress eliminated the financial penalty. Without the penalty, the plaintiffs argue, the mandate is no longer constitutional. And without the mandate, they say, the rest of the law can no longer legally stand.

The Justice Department last week stopped short of fully agreeing with that rationale, saying that some of the law’s provisions, like the Medicaid expansion that brought coverage to nearly 12 million low-income Americans, could stand without the penalty, but that the court should strike down key consumer protections at the law’s core.

Such protections prohibit insurers from denying coverage to people with pre-existing medical conditions or from charging such people more for coverage. The rules, which protect some 52 million Americans, according to a Kaiser Family Foundation analysis, are far and away the law’s most popular features; a 2016 poll by the same organization found that 75 percent of Democrats and 63 percent of Republicans support them. But, in a letter to the House speaker, Paul Ryan, Attorney General Jeff Sessions said his department could think of no rational argument with which to defend them.