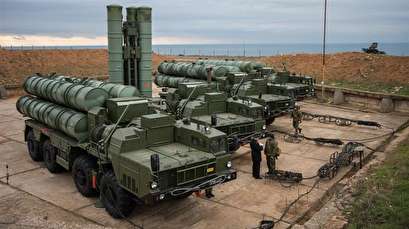 TEHRAN, Young Journalists Club (YJC) -“We will not just buy the S-400s and place them in a storehouse. We will use them if need be. These are defense systems. What are we going to do with them if not use these defense systems? Are we going to depend on the United States again? We have been demanding them for years, but the answer given to us has been: The [US] Congress is not allowing. We are tired of this,” Erdoğan said in remarks broadcast live by private Turkish-language TGRT Haber television news network.

The Turkish president added, “Russia has responded to our offer with a pretty tempting offer. They said they would even get into a joint production. And with respect to loans, they have offered us pretty good loan terms.”

On June 8, Turkish Interior Minister Suleyman Soylu said his country had an unalienable right to protect its own security and will spare no efforts to procure S-400 missile systems.

“Turkey is currently unable to repel a missile attack on its soil. The Russian anti-missile systems would strengthen the Turkish air defense capabilities. The countries, which had refused to supply Turkey with advanced air defense systems wanted to undermine Turkey's military prowess,” Soylu said.

He added, “The purchase of S-400 anti-missile systems is in Turkey's national interests, and does not have anything to do with the politics… The operation of the Russian air defense systems will strengthen the position of Turkey.”

The remarks came a day after Turkey’s English-language Hurriyet Daily News newspaper, citing anonymous diplomatic sources, reported that American officials had asked their Turkish counterparts not to make use of S-400 missile systems even if Ankara acquires them under a deal finalized late last year.

On April 3, Erdogan and his Russian counterpart Vladimir Putin said in the Turkish capital Ankara that they had agreed to expedite the delivery of S-400 missile systems. The delivery is expected to start between late 2019 and early 2020.

The developments came only two days after Sergey Viktorovich Chemezov, the Chief Executive Officer of Russian state corporation Rostec, told the Kommersant daily newspaper that Russia would supply Turkey with four batteries of S-400, worth $2.5 billion each, and Moscow was expected to begin the first deliveries in March 2020.