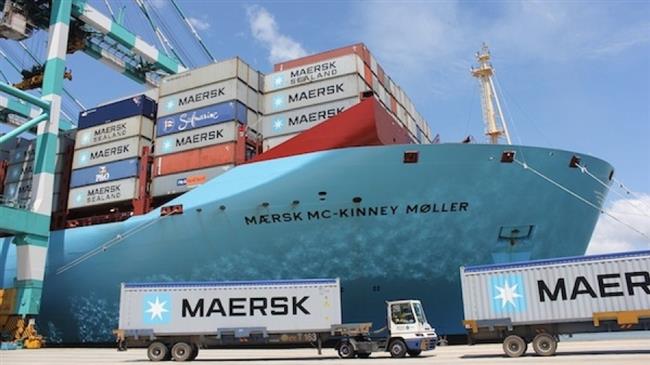 TEHRAN, Young Journalists Club (YJC) - Verbal pledges by European governments to shield trade with the Islamic Republic have not stopped companies from pulling out of Iran projects as they face a “wind-down” period of up to six months before the US reimposes sanctions.

On Monday, German container shipping firm Hapag-Lloyd was reported to have stopped one of its two feeder services to Iran.

The Hamburg-based group, which provides third party services to Iran, will decide on the remaining operation before the Nov. 4 US deadline for companies to halt all trade with Tehran, Reuters reported.

The company was awaiting further clarification as to what operations would be permitted after the wind-down period in order to take final decisions on whether to serve Iran, the news agency reported.

Hapag-Lloyd provides third party feeder ships to Iran from Jebel Ali in the United Arab Emirates because it does not have direct dealing with the Islamic Republic.

The EU has said it remained committed to the 2015 Iran nuclear deal and the suspension of its own sanctions but European business entities have questioned the viability of continuing their projects after the sanctions kick in.

And in the absence of clear-cut guarantees from the European governments, Iran has started shoring up ties with the countries which stood their ground in the past when Tehran came under similar sanctions.

The meeting with China's president Xi Jinping took place on the sidelines of the Shanghai Cooperation Organization summit in the eastern coastal city of Qingdao,
China, the largest buyer of Iranian crude, did not reduce crude imports from Iran even at the height of the previous sanctions against Tehran in 2012.

In the first quarter of 2018, China's imports of Iranian crude rose 17.3% year on year to 658,000 barrels per day, making Iran its sixth biggest supplier.

In their talks, Xi called on the two countries to deepen political relations to enhance strategic mutual trust, increase exchanges at all levels, and continue to support each other on issues of major concern involving their respective core interests, Xinhua news agency reported.

India is Iran’s second biggest oil customer and its imports are expected to rise this year, even as Nayara Energy, formerly known as Essar Oil, was reported Tuesday to have decided to slash its Iran imports by almost a half.

Another key meeting on Rouhani's itinerary was with Russian President Vladimir Putin who criticized the unilateral US move to pull out of the nuclear agreement and reimpose sanctions on Iran.

Rouhani said Iran and Russia should continue multilateral cooperation in the fields of security and regional issues.