TEHRAN, June 13 - Iran plans to tap its domestic debt market to raise funds for energy projects as the prospect of US sanctions being reimposed on Tehran is making it difficult to attract foreign investment. 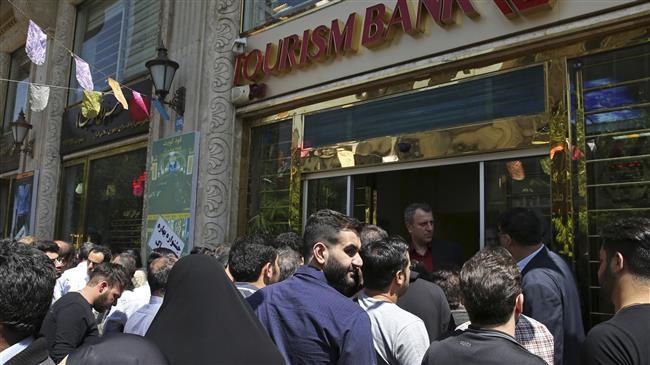 TEHRAN, Young Journalists Club (YJC) - The country needs some $200 billion investment for oil and gas production, development and refineries and roughly 65 to 75 percent of that needs to come from foreign investment, according to Minister of Petroleum Bijan Zangeneh.

However, US President Donald Trump’s decision in May to withdraw from the 2015 nuclear deal and reimpose sanctions on Iran dealt a blow to those plans which already faced procrastinating international companies.

The prevailing situation has prompted Iran to look inward and on Tuesday the head of its Securities and Exchange Organization (SEO) said there are plans to issue bonds in the coming months to fund oil projects.

“This will help all Iranians to participate in investment in oil projects,” state news agency IRNA quoted Shapour Mohammadi as saying.

He said the SEO was negotiating with Ministry of Petroleum the issuance of the bonds which “will be implemented in the new future.”

“Negotiations have begun since a year and a half and we hope (the issuance) will be operational in the next few months,” Mohammadi said.

He said “good measures” have also been taken to present petroleum products and even crude oil on Iran’s energy stock exchange where some oil derivatives are already being offered to customers.

Iran has already offered energy projects both in rial and foreign currency-denominated bonds, but the official did not say how the new bonds will be marketed and whether foreigners can buy them. He also did not reveal the total valuation of the bonds to be sold.

In the past, the government has issued sovereign guaranteed bonds to pay its debts and improve the balance sheet of the banking sector.

Iran’s debt market is not like currency markets elsewhere. The arrangement, known as participation papers, carries a fixed coupon which is not tradable.

The papers are underwritten and guaranteed by Iranian banks and buyers can return them to the bank any time and get their money back.

Under Islamic banking, no interest is paid on bonds and buyers effectively become shareholders and share in the profits or losses of the bond issuer.

According to Iran’s leading business daily Donya-e-Eqtesad, new mechanisms are being explored to make the domestic debt market more attractive.

“Two scenarios are being considered: in the first scenario, the sale of papers will be rial-denominated but the reimbursement of the original capital and its profit to the buyers will be based on foreign exchange rates.

“In the second scenario, the sales of papers will be in foreign exchange denomination and its repayment and profit will be calculated according to the same denomination,” the paper wrote.

The new policy is aimed at attracting those Iranians who are reluctant to buy rial bonds in the face of depreciating national currency.

The plunge of the rial to an all-time low has prompted panic-buying of dollars and euros in recent months.

The bond issue in foreign exchange denominations can potentially check the dollar-buying spree through channeling the stranded capital into a new source and secure much-needed funds for development projects.

On Saturday, Minister of Petroleum Bijan Zangeneh said Iran is pursuing a plan to increase its oil output by 460 million barrels within three years.

The plan will focus on increasing output from 29 oilfields, including in Ilam, Khuzestan, Gachsaran, Falat Qareh and Fars, with the bulk of the work to be carried out by Iranian companies.

“More than 75 percent of the equipment for developing the output is Iranian,” Zangeneh said, according Ministry of Petroleum’s Shana news agency.