Austria, Germany to work with Italy on migrants

TEHRAN, June 13 - The leader of Austria and Germany's conservative interior minister said their countries will cooperate with Italy to tackle the problem of illegal migration. 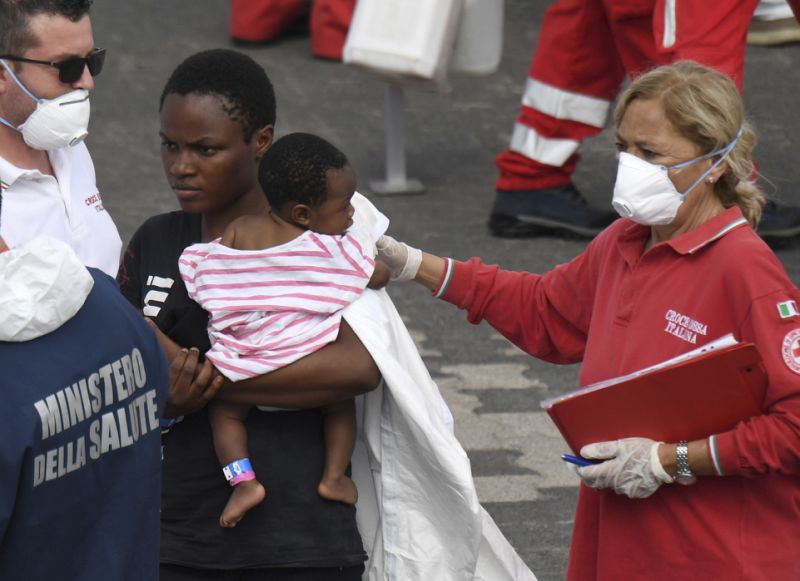 TEHRAN, Young Journalists Club (YJC) - Austrian Chancellor Sebastian Kurz said an "axis of the willing" between Rome, Vienna and Berlin makes sense because the countries form one of the main travel routes into Europe for migrants who have crossed the Mediterranean.

Kurz told reporters in Berlin that a growing number of European governments agree on the need to curb uncontrolled migration and crack down on people trafficking.

Horst Seehofer, Germany's interior minister, said he spoke Tuesday to his Italian counterpart, adding that the three countries would press ahead on the issue.

Seehofer has taken a tough line on immigration that's put him at odds with German Chancellor Angela Merkel.

Italy's foreign ministry says French criticism of its handling of the migrant ship Aquarius is "unacceptable," and is compromising their diplomatic relations.

The ministry issued a statement after Foreign Minister Enzo Moavero Milanesi summoned the French ambassador to complain on Wednesday. The French charge d'affairs, Claire Anne Raulin, represented France as the ambassador was out of Rome.

In the statement, Italy said France could have made its views privately, and considered the public complaints by President Emmanuel Macron "unacceptable" and "unjustified."

Macron had said Italy had been cynical and irresponsible for having denied entry to the Aquarius, a rescue vessel with more than 600 migrants onboard.

The ministry said: "Such declarations are compromising relations between Italy and France." It added that Italy was waiting for French to take action to "heal the situation that has been created."

Italy is challenging France to take in the migrants it promised to under an EU agreement, and has accused France of turning back some 10,000 migrants at Italy's northern border.