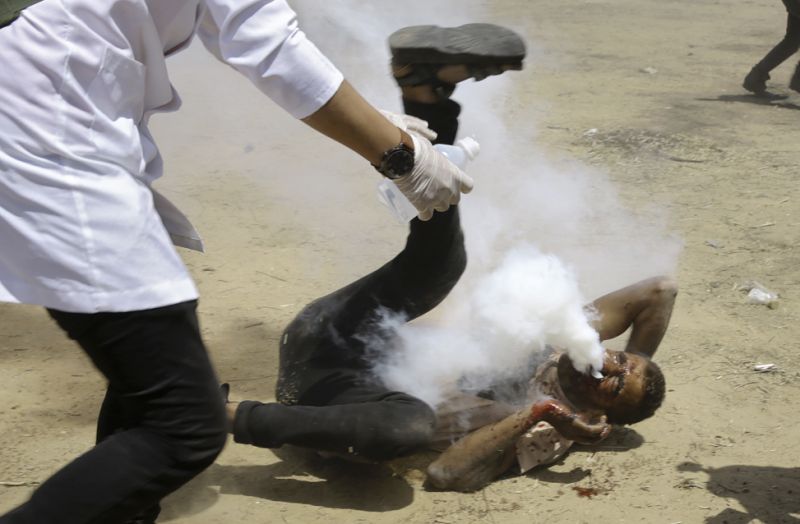 TEHRAN, Young Journalists Club (YJC) - The statement was issued Wednesday ahead of an emergency U.N. General Assembly meeting to vote on a resolution condemning Israel's "excessive use of force." A similar Security Council resolution was vetoed earlier this month by the United States.

Palestinians have held near-weekly protests since March 30, calling for a "right of return" to ancestral homes now in Israel. At least 120 Palestinians have been killed and more than 3,800 wounded by Israeli fire in protests along the border. The overwhelming majority of the dead and wounded have been unarmed, according to Gaza health officials, Reuters reported.

Human Rights Watch contended in its statement that the mostly unarmed protesters didn't pose an imminent threat to Israeli troops or civilians, and therefore the use of live fire suggests a violation of international law.

The organization said eyewitnesses recounted Palestinians were shot from a great distance from the fence, and others who "had not thrown stones or otherwise tried to harm Israeli soldiers" were shot from a closer range.

Israel has been accused of committing war crimes in its three wars in the Gaza Strip in the last decade. Last month the Palestinians urged the International Criminal Court in The Hague to launch an investigation into Israeli policies and actions in the West Bank, east Jerusalem and Gaza Strip, accusing Israel of systemic crimes.