TEHRAN, June 14 - Europe needs a unified approach to migration that addresses the interests of every member state, German Chancellor Angela Merkel said on Wednesday, noting that Italy did not feel it was receiving sufficient support from other European Union states. 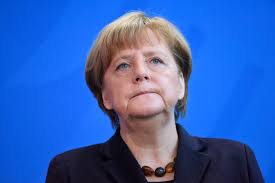 TEHRAN, Young Journalists Club (YJC) - Merkel, facing sharp criticism of her own migration policies from fellow German conservatives, warned against any state pursuing unilateral actions, and said it was important to maintain a unified European approach.

"It's very, very important to me that Germany also does not act unilaterally, but that everything we do is orderly, discussed, with agreements with others, so that we have a really unified European approach," Merkel told reporters after a meeting with Belgian Prime Minister Charles Michel.

Merkel was due to hold a "crisis meeting" on Wednesday evening with top officials from her Christian Democratic Union and its CSU Bavarian sister party, which wants Germany to turn away at the border migrants registered in other EU states.

Such a move would represent a reversal of Merkel's open-door migrant policy adopted in 2015, which has fueled a rise in support for the right-wing Alternative for Germany (AfD) and caused rifts within her conservative bloc.

The German leader spoke after Interior Minister Horst Seehofer, a top CSU leader, called for Germany to ally itself with Austria, governed by a right-wing coalition, and Italy on migration and security policies.

Italy is embroiled in a widening dispute with France after French President Emmanuel Macron said Rome had acted with "cynicism and irresponsibility" by closing its ports to the migrant ship Aquarius with 629 migrants on board.

The chancellor said migration represented a significant challenge for Europe when it was in a "very fragile situation."

"Europe must stick together," she said, acknowledging Italy's concern that it had taken in many migrants but fellow EU countries were not showing sufficient solidarity.

"For me, the question of how we deal with the migration question is something of a litmus test for the future and the unity of Europe, and the interests of every country must be considered," she said.

Seehofer told reporters he expected difficult discussions with Merkel about German migration policy, but would do all he could to achieve an agreement.