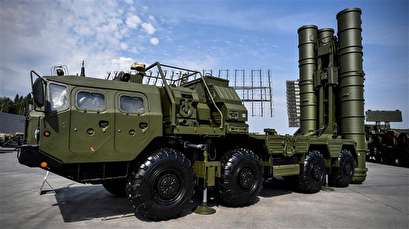 TEHRAN, Young Journalists Club (YJC) - “I have contacted President Putin with a proposal about the joint production of the S-500,” Erdogan said in an interview with Turkish 24 TV.

The Turkish president did not mention the Russian president’s response to the idea or when exactly it had been raised.

“During the second and third stages, we will proceed to the joint production of the S-500 systems,” Erdogan said.

Russia’s Defense Minister Sergei Shoigu earlier said that the new system would start being supplied to the country’s armed force in 2020.

In February, then-Deputy Prime Minister of Russia Dmitry Rogozin told the Kommersant daily newspaper that the production of truck-mounted S-500 and S-400 systems was already underway in the western region of Nizhny Novgorod.

This means the system will be best equipped to counter ballistic missiles with a launch range of 3,500 km (2,200 miles).

According to some reports, the S-500 will be able to use nuclear-tipped missiles to wipe out multiple warheads at once or take out individual warheads with hit-to-kill missiles.

The S-500 is expected to offer considerable upgrades over the S-400, Russia's current flagship air defense system. However, higher production and maintenance costs mean the S-500 system will only be used against threats that are out of reach for its predecessor.

Erdogan earlier said that, if necessary, Ankara would utilize sophisticated Russian-made S-400 missile systems, which it plans to acquire under a deal finalized late last year.

“These are defense systems. What are we going to do with them if not use these defense systems? Are we going to depend on the United States again? We have been demanding them for years, but the answer given to us has been: The [US] Congress is not allowing. We are tired of this,” Erdogan said in remarks broadcast live by private Turkish-language TGRT Haber television news network.

On April 3, Erdogan and Putin said in the Turkish capital, Ankara, that they had agreed to expedite the delivery of S-400 missile systems. The delivery is expected to start between late 2019 and early 2020.

The United States has reportedly warned Turkey against the consequences of its decision to buy S-400 surface-to-air missile batteries from Russia, saying Washington could slap Ankara with sanctions over such a purchase.