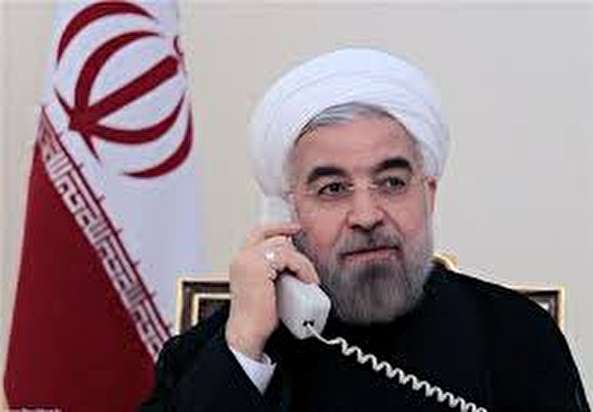 TEHRAN, Young Journalists Club (YJC) - Congratulating Mohammad for his appointment as Malaysian Prime Minister, Rouhani said, “I’m sure that during your term as the prime minister, we will observe development of Tehran-Kuala Lumpur ties in all aspects.”

Touching upon great investment opportunities in Iran, Rouhani added that Malaysian companies can make use of these chances.

He further highlighted the need to boost bilateral ties regarding the development of peace and stability in the region and in the world, and the fight against terrorism and extremism.

Congratulating Eid al-Fitr to Malaysia’s people and government, Iranian President noted, “we should show to the youth of Islamic societies and all other countries that Islam is the religion of kindness and peace.”

Further in his remarks, Rouhani touched on the unilateral withdrawal of US from the Joint Comprehensive Plan of Actions (JCPOA), saying, “we believe that the United States’ unilateralism and the imposition of its domestic laws across its borders are against international law and the freedom of nations. We are still looking for ways to continue cooperation within the JCPOA framework, and we hope that all countries will cooperate and assist in the implementation of the law.”

Mahathir Mohamad, for his part, said that the policy of Malaysian government is based on boosting the level of cooperation with Islamic Republic of Iran.

He went on to say that Malaysia is ready to cooperate with Iran regarding the fight against terrorism and extremism and also the establishment of peace and stability across the globe.

Prime Minister Mohamad touched on the need to fix the unpleasant image of Islam and Muslims that has been presented to the world, adding that Islam, along other divine religions, can surely create peaceful life for all the people of the world.

The Malaysian Prime Minister added that unilateralism will lead to decreased cooperation and trust among all countries.