May back in the breach as Brexit battles resume

TEHRAN, June 18 - The British government faces another nerve-rattling test this week as its flagship Brexit legislation is picked over once again by a restive parliament. 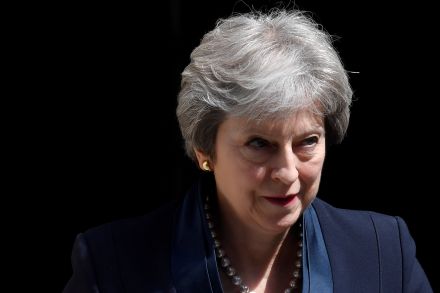 TEHRAN, Young Journalists Club (YJC) - The upper House of Lords, which wants to keep Britain close to the European Union after the UK leaves in March, will rake over the EU (Withdrawal) Bill on Monday, before it returns to the lower House of Commons on Wednesday.

Last week, Prime Minister Theresa May narrowly survived votes in the Commons on changes suggested by the unelected Lords, overturning their amendment seeking to keep Britain aligned to the EU's customs union.

May also persuaded rebels in her governing centre-right Conservative Party to reject a Lords amendment that would have allowed parliament to stop the government from leaving the European Union with no deal on new trading arrangements.

But now May faces the prospect of having to go through the wringer all over again in a fresh bout of parliamentary ping-pong.

"We recognise the concerns people have about the role of parliament," May told BBC television.

But she added: "Parliament cannot tie the hands of government in negotiations."

A crunch summit of European leaders on June 28 is fast approaching, and May does not want to go to Brussels on the back of a stinging defeat in her own parliament.