TEHRAN, June 18 - Iran said it will veto an anticipated proposal by Saudi Arabia and Russia to increase global production of oil when major producers meet in Vienna on Wednesday, stressing that it will have Iraq and Venezuela by its side to block the move. 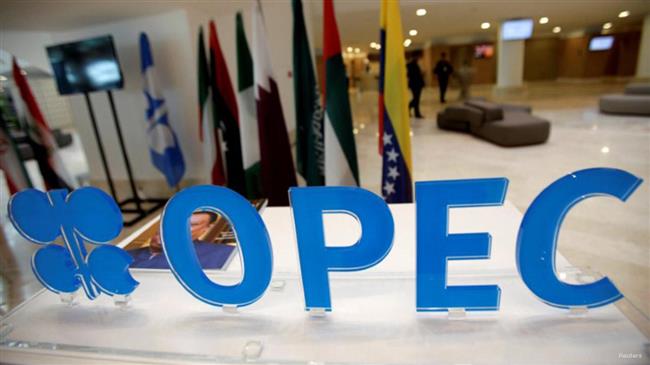 TEHRAN, Young Journalists Club (YJC) - Hossein Kazempour Ardebili, Iran’s ambassador to the Organization of the Petroleum Exporting Countries (OPEC), was quoted by media as saying that any increase in current production levels would be against a deal that OPEC and non-OPEC producers reached in 2016.

“Three OPEC founders are going to stop it,” Kazempour Ardebili was quoted as telling Bloomberg. “If the Kingdom of Saudi Arabia and Russia want to increase production, this requires unanimity. If the two want to act alone, that’s a breach of the cooperation agreement.”

Russia’s Energy Minister Alexander Novak said over the weekend that a proposal had been discussed with Saudi Arabia to ask OPEC to increase production by 1.5 million barrels a day (bpd) in the third quarter of 2018.

"We are only proposing this for the third quarter. In September, we will review the situation in the market and decide the future course," he said.

Novak added that the proposal had been raised during the last week meeting of Saudi Prince Mohammad bin Salman with Russia’s President Vladimir Putin in Moscow.

OPEC and Russia decided together in 2016 to cut their supply in order to push prices up following a crash induced by a global crude production glut.

An oil production shortfall in Iran and Venezuela has changed the scenario for the two countries and members of the oil cartel, Reuters wrote in a recent report.

Since 2017, an OPEC agreement on production cuts has allowed oil prices to rise but there are fears that renewed American sanctions on Iran and a fall in output in crisis-hit Venezuela could disrupt supply.

OPEC and non-OPEC members will meet on Wednesday to discuss the latest market situation with some anticipating that all producers would eventually agree on easing their 2016 output cut deal.

There are also speculations that OPEC would reach a deal to moderately raise output over several months, with an option to hike further, other media reported.

The Trump administration has also imposed oil sanctions against Venezuela after President Nicolas Maduro won re-election through a poll that US claims to have been rigged last month.

“We call upon our brothers in OPEC and Russia that we do not need to appease Trump, who sanctions two OPEC founders and also Russia,” Kazempour Ardebili further told Bloomberg. “We are sovereign nations driven by our own responsibilities and values.

The whole world has to stand against these arrogant attitudes -- and will.”