TEHRAN, June 18 - US Republican Senator Ben Sasse has called on the administration of President Donald Trump to end a “wicked” practice of separating Central American immigrant children from their parents at the southern border amid growing backlash over the policy. 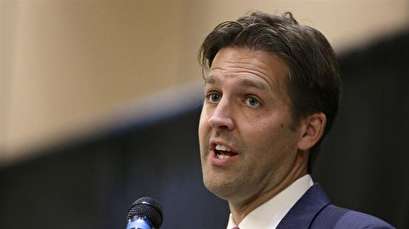 TEHRAN, Young Journalists Club (YJC) - “The President should immediately end this family separation policy. And he should announce to the Congress the narrowest possible way problems like the Flores consent decree and related decisions (which bias policy toward release into the US within three weeks after capture) can be resolved," Sasse wrote in a Facebook post on Monday.

The junior senator from Nebraska added that the Trump administration's controversial policy “is a new, discretionary choice” and a “bad new policy” in “reaction against a bad old policy,” referring to the catch-and-release program.

“Family separation is wicked. It is harmful to kids and absolutely should NOT be the default US policy. Americans are better than this,” Sasse continued.

“Some in the administration have decided that this cruel policy increases their legislative leverage. This is wrong. Americans do not take children hostage, period,” he stated.

The Trump administration's current policy of separating families was announced April 6 and went into effect in May. Previously, people who entered the country illegally and had no criminal record were detained or referred for deportation, and mothers and children usually remained together

Democrats have condemned the new process, calling it inhumane and cruel. In response, the Trump administration is playing defense of its handling of immigrant families along the southern border.

Homeland Security Secretary Kirstjen Nielsen on Sunday denied that the administration has a policy of separating families.

“This misreporting by Members, press & advocacy groups must stop. It is irresponsible and unproductive. As I have said many times before, if you are seeking asylum for your family, there is no reason to break the law and illegally cross between ports of entry,” Nielsen said.