TEHRAN, June 19 - Moscow and Delhi are seeking to bypass US sanctions by using the rupee and the ruble in facilitating military deals, according to Indian daily, the Economic Times. 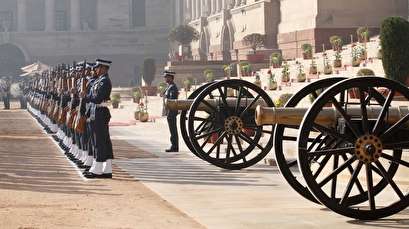 TEHRAN, Young Journalists Club (YJC) -Moscow and Delhi are seeking to bypass US sanctions by using the rupee and the ruble in facilitating military deals, according to Indian daily, the Economic Times.

The paper reports that US sanctions are hampering $2 billion in defense deals between Russia and India, as payments are getting stuck. The countries are seeking to avoid this by switching to settlements in domestic currencies and ditching the greenback.

India is one of the largest buyers of military equipment from Russia. Since the 1960s, the countries have signed military contracts worth $65 billion.

Now, trade deals between the countries are estimated at $12 billion. India is ready to purchase Russia's S400 air-defense system in a $5-billion deal. However, the sale is being heavily opposed by the United States, which is also trying to stop a similar deal between Russia and Turkey.

Defense deals between Russia and India are currently denominated in US dollars. The countries have discussed various ways of bypassing US sanctions, including payment in third currencies like the Singapore dollar. Talks are being conducted between Vijaya Bank and Indian Bank on the Indian side and Russia’s top creditor Sberbank.

An option that is now ruled out is paying in US dollars to non-sanctioned Russian entities. “This option was decided against as it would have opened up a lot of legal and audit issues, especially as defense deals are looked at very closely. No one wanted to take a chance,” a top official involved in the talks told the Indian daily.