Iran has stopped enriching uranium to 20 percent, one of the key demands of world powers in talks over Tehran's disputed nuclear programme, a senior Iranian parliamentarian was quoted as saying. 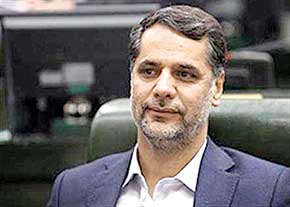 Hossein Naqavi Hosseini, a senior member of Iran's parliamentary national security commission, also said Tehran had only stopped enriching uranium to levels above the 5 percent needed for civilian power stations because it already had all the 20-percent enriched fuel it needs for a medical research reactor in Tehran.

The lawmaker has said that Tehran ready to convert its 20% uranium into fuel rods & remove concerns. But no exchange plan accepted.
"Enrichment over five percent depends on the needs of the country; Iran's nuclear industry requires 20-percent enrichment for providing the fuel for its Tehran reactor, but this site has its required fuel at the moment and there is no need for further production," the parliament's website quoted Hosseini as saying late on Tuesday.

"Tehran will decide whether to have over 5-percent enrichment or not itself, but the issue of suspension or halt of enrichment activities is meaningless because no production is taking place at the moment," he said.