TEHRAN, June 20 - Migrant children are being kept in prison-like conditions with only emergency blankets to keep them warm at the McAllen juvenile detention centre in Texas, footage released by the US government on Tuesday showed. 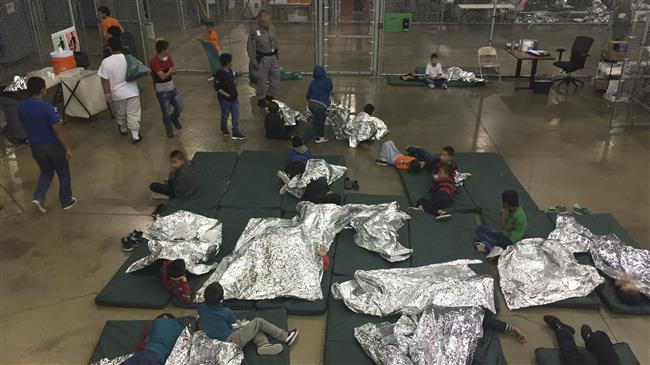 TEHRAN, Young Journalists Club (YJC) - The facility is run by the US customs and border service. Attorney General Jeff Sessions' new zero-tolerance policy has been blamed for separating families. Under the new rules, all cases of illegal entry are referred for criminal prosecution.

Around 2,000 migrant children have been separated from their parents between mid-April and May, because, unlike their parents, they are not charged with a crime.