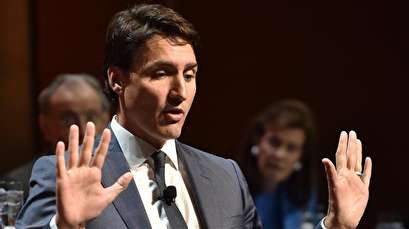 TEHRAN, Young Journalists Club (YJC) - "What's going on in the United States is wrong," he told reporters. "I can't imagine what the families living through this are enduring. Obviously this is not the way we do things in Canada."

Speaking in French, the prime minister added that the US actions were "unacceptable."

President Donald Trump's administration is facing growing outcry at home and abroad over the separations, the product of a "zero-tolerance" policy on undocumented refugees.

US officials say more than 2,300 children have been separated from their parents or guardians since early May, when the policy was announced.

Lawmakers who visited minors in detention described wailing children behind chain-link fences, with no idea when they will see their parents again.