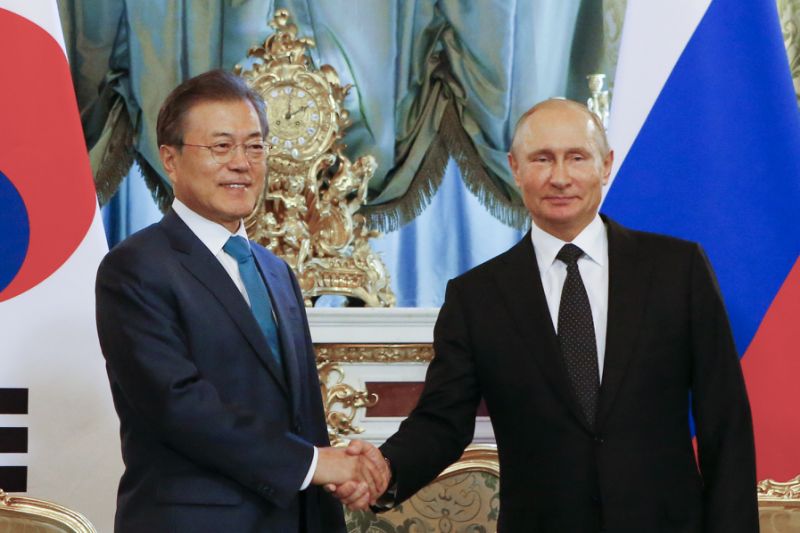 Putin emphasized that South Korea is one of Russia's top partners in the region and voiced hope that their two-way trade will expand.

He hailed contacts between the two Koreas and the U.S.-North Korean summit.

"We hope that it would help significantly reduce tensions around the Korean Peninsula and create conditions for creating conditions for forming a stable security for all countries in the region," Putin said.

Moon said Seoul was ready to promote a "strategic partnership" with Russia and paid homage to Russian culture, saying that he "fell in love with Russia after reading Tolstoy and Dostoyevsky."

He noted that Moscow and Seoul share a desire to further expand their ties.

The Kremlin has pushed for prospective trilateral economic projects involving Russia and both Koreas, including a railway link and a natural gas pipeline.