TEHRAN, June 23 - A Saudi activist has warned that women in the kingdom are still "enslaved" through Riyadh's male guardianship system as the country gears up to lift the decades-long driving ban on women on June 24. 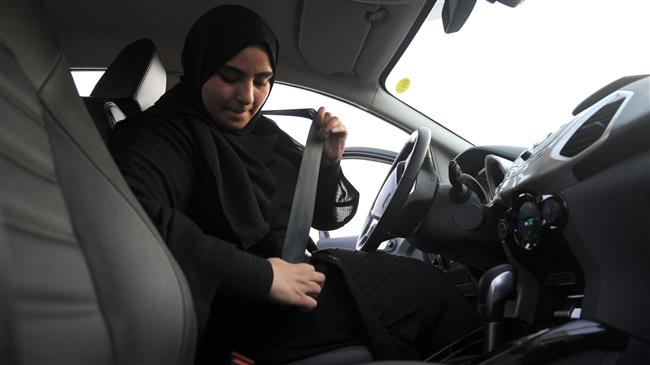 TEHRAN, Young Journalists Club (YJC) - In a Friday phone interview with Reuters from Sydney, Australia, Manal al-Sharif said Saudi women's campaign is not over as long as supervision of a male guardian, whose permission is needed for marriage or travel abroad, is still needed.

"Imagine your son becomes your guardian," she said.

"No matter my capabilities as a woman, I am still enslaved to somebody else. Freedom for me is to live with dignity, and if my dignity and freedom is controlled by a man, I will never be free," Sharif pointed out.
The activist, who hit world headlines in 2011 when she was detained for shooting a video of herself driving in Saudi Arabia, has now launched a new campaign, #Miles4Freedom, urging women across the world to log their names, existing or new car mileage and location on a map as of June 24, when Saudi women will be officially allowed to drive.

Sharif says when the campaign gets one million logged miles, she will send an open petition to Saudi King Salman and Crown Prince Mohammed.

"Instead of collecting signatures, it is a creative way to use the symbol of driving that women are still enslaved even if they are driving," Sharif said.
The activist underlined the need for the release of those still detained, noting, "While people are celebrating on Sunday, we should not forget the people who fought for lifting this ban are in jail."

PressTV-Saudis issue first driving license to women
Saudi Arabia starts issuing driving licenses to women weeks ahead of kingdom official lifting a ban on women drivers.
Saudi activists have expressed solidarity with three women’s rights activists detained in May, along with at least 14 other campaigners and supporters.

After the arrests, Sharif scrapped her plan to return to Saudi Arabia to drive legally for the first time on the same road where she had been detained.

The activist pointed to death threats and a call telling her to keep silence. However, she has refused to back down and expressed hope to raise global awareness about the Saudi guardianship system.

"I am so happy I want to be there. I know Saudi Arabia will never be the same again. Women will have easy access to transportation and that means they will be more part of the workforce," Sharif said.

"Women driving is just the first step - we have a long way to go," she said.
Earlier this month, a UN report blasted the Riyadh regime for persecuting those exercising free speech, saying reports of the kingdom’s so-called liberalization efforts are “completely wide of the mark.”

Mohammed bin Salman was appointed the first in line to the Saudi throne by his father last June.

Since then, he has engaged in a string of radical economic and social projects in a bid to portray himself as “reformist.” But those projects have been widely seen as being more about consolidating his personal power rather than bringing about real change in Saudi Arabia.