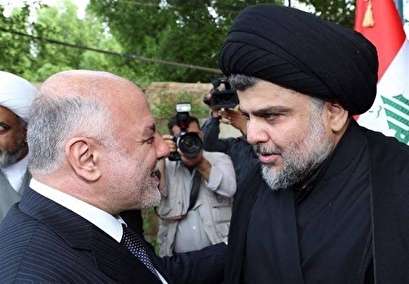 The alliance between Abadi’s Victory Alliance, which came third in a May parliamentary election, and Sadr’s Sairoon list, which won the largest number of seats, increases the chances of forming a government after weeks of political tensions.

“We announce a cross-sectarian, cross-ethnic alliance to speed up forming the next government and to agree on common points that guarantee the interests of the Iraqi people,” Sadr said at a news conference in the holy city of Najaf, Reuters reported.

He called for a wider alliance consisting of all components of Iraqi society that would form an inclusive government.

Yet earlier in June Sadr went into an alliance with Hadi al-Amiri, whose Fatih coalition came second in the election.

There was no immediate reaction from al Amiri’s camp, but the prime minister said his pact with Sadr would not compromise the cleric’s other alliance.

“I affirm that this alliance is not in contrast to any other alliances either of the two lists have previously entered into with other blocs, rather, it flows in the same direction and same principles,” said Abadi.

The top three winning blocs have upwards of 140 seats between them. At least 165 seats are needed to form a government although traditionally the ruling bloc in parliament tends to be larger so as to include Sunni Arab and Kurdish lawmakers.

Over 7,000 candidates contested the 329 seats in the parliament that will choose a new president, prime minister and government in Iraq.

This is the fourth such polls since the 2003 US invasion that led to a sharp rise in sectarian tensions and ensuing terror-related violence in the Arab country.