TEHRAN, June 24 - Central American migrants deported from the US without their children spoke of their anguish at seeing their families split under President Donald Trump's "zero tolerance" approach Saturday, as protesters kept up the pressure against the "barbaric" policy. 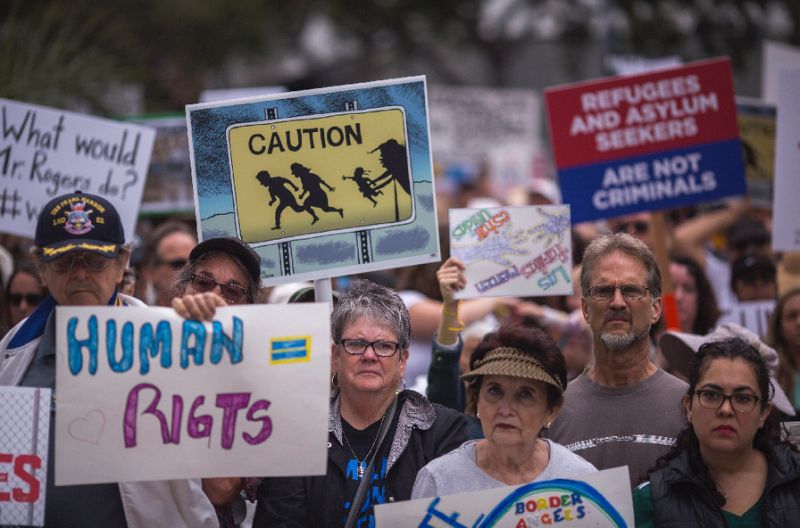 TEHRAN, Young Journalists Club (YJC) - Trump on Wednesday ordered an end to the family separations which have sparked domestic and global outrage, but some 2,300 children had already been separated by then.

More than 500 children have already been reunited with family members, according to a fact sheet released by the Department of Homeland Security on Saturday.

"The United States government knows the location of all children in its custody and is working to reunite them with their families," the department said.

How quickly the rest of the reunifications can be carried out remains a major question. Lawyers working to bring families back together said they were struggling through a labyrinthine process -- while more migrants continue to arrive.

Ever Sierra, deported after trying to enter the US, told AFP he planned to try again in a few days.

He arrived back in Honduras with his eight-month-old daughter's shoes hanging from his backpack. She was being held in a detention center in McAllen, Texas, along with her mother.

Benjamin Raymundo, a 33-year-old who was deported back to Guatemala, told AFP he left his home country in April with his five-year-old son Roberto, but the pair were separated when they were stopped by immigration officers in California.

A brother-in-law who lives in the US and a lawyer managed to find the child's whereabouts and the boy was eventually placed in this relative's custody.

"It's a great sadness for me, as if I'll never see my son again," he lamented. Raymundo said he has no plans for now to return to the United States. He hopes his son will be granted asylum.